We would like to offer our sincere support to anyone coping with grief. Enter your email below for our complimentary daily grief messages. Messages run for up to one year and you can stop at any time. Your email will not be used for any other purpose.

Share a memory
Obituary & Services
Tribute Wall
Read more about the life story of Thomas and share your memory.

Thomas Robert Sherrard was born to Laura and Thomas Sherrard in Ohio in 1955.  Their family moved several times throughout Tom’s childhood for his father’s work.  Their moves took them from Ohio to Northern California, Washington and Texas before they settled in Southern California where Tom and his sister, Roberta, attended middle school and high school. As a teenager in the late 60’s and early 70’s, Tom loved cars and rock n’ roll, and he had a dream of one day becoming an architect.  Even though that did not become a career for him, Tom always drafted, sketched, and was an artist his whole life.

Around the age of 19, Tom moved to Washington state for a job opportunity in Seattle that his best friend Jeff told him about, cutting meat.  There, Tom met and married Sandy and made Washington his home.  They had two children, Heather and Matthew. Though the two divorced many years later, they provided a secure and happy upbringing for their two children.  When his son Matthew was young, Tom was very involved with Boy Scouts from hosting meetings to building cars for the Pinewood Derby. Tom eventually left the meat cutting union and started working for a landscape maintenance company in Burien.  Later, he went on to purchase the small company and ran it himself for many years, putting his artist’s touch on every yard he landscaped or maintained.

Tom was a very hard worker.  Many nights after a long day working, he would come home and work on the family cars to keep them running, or his equipment to keep it in good working order for the business.

Tom was always a lover of music, always playing albums from his collection, or later on, CD’s – there was always music playing in the house.  He also dabbled in playing the guitar and had a small collection of guitars and musical equipment.

Family was very important to Tom.  He was a constant in the lives of his grandchildren, especially when they were small, helping to watch them and being there for them before and after school.

In 2013 Tom went to work for North Seattle College as a part of the grounds crew.  During his almost ten years there, he advanced in his position and became a supervisor.  There was always a mutual respect between him and the crew.  He really enjoyed his time at North Seattle College.

Tom met Barbara Prine on Memorial Day weekend in 2014.  They had a loving relationship, and in the early years took local trips, attended concerts and were always there for each other.

Tom passed on December 6th, after a six-month battle with cancer.  He is survived by his Sister, Roberta, Son, Matthew (Dalisa), Daughter, Heather (Frank) and four grandchildren, Landon, Joe, Shelby and Jake His kind, loving and patient soul will be missed by all who knew him.

A memorial will be held on Friday, February 3, 2023 at 10:30 a.m. at Edline Yahn Funeral Home in Covington, with a brief reception following.

To send flowers to the family or plant a tree in memory of Thomas Robert Sherrard, please visit our floral store. 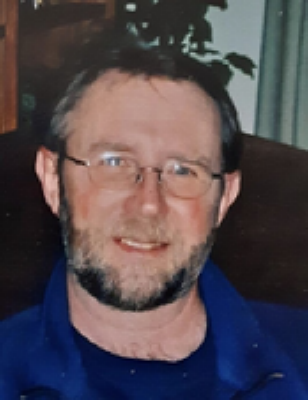 In Loving Memory Of

Look inside to read what others
have shared
Family and friends are coming together online to create a special keepsake. Every memory left on the online obituary will be automatically included in the book.

In Loving Memory Of

Look inside to read what others have shared

Family and friends are coming together online to create a special keepsake. Every memory left on the online obituary will be automatically included in the book.

You can still show your support by sending flowers directly to the family, or by planting a memorial tree in the memory of Thomas Robert Sherrard
SHARE OBITUARY
© 2023 Edline - Yahn & Covington Funeral Chapel. All Rights Reserved. Funeral Home website by CFS & TA | Terms of Use | Privacy Policy | Accessibility